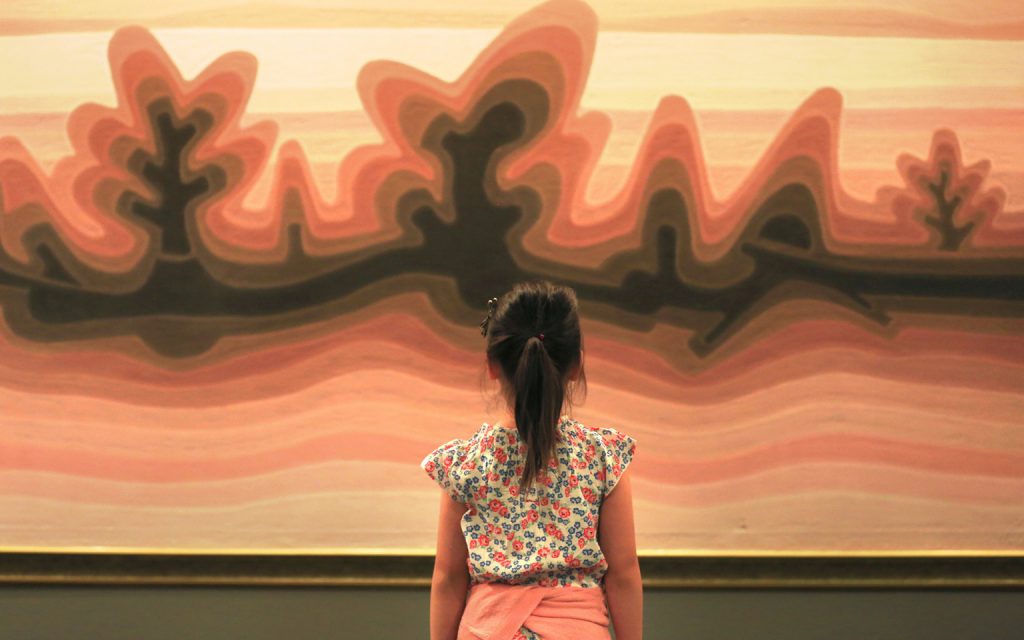 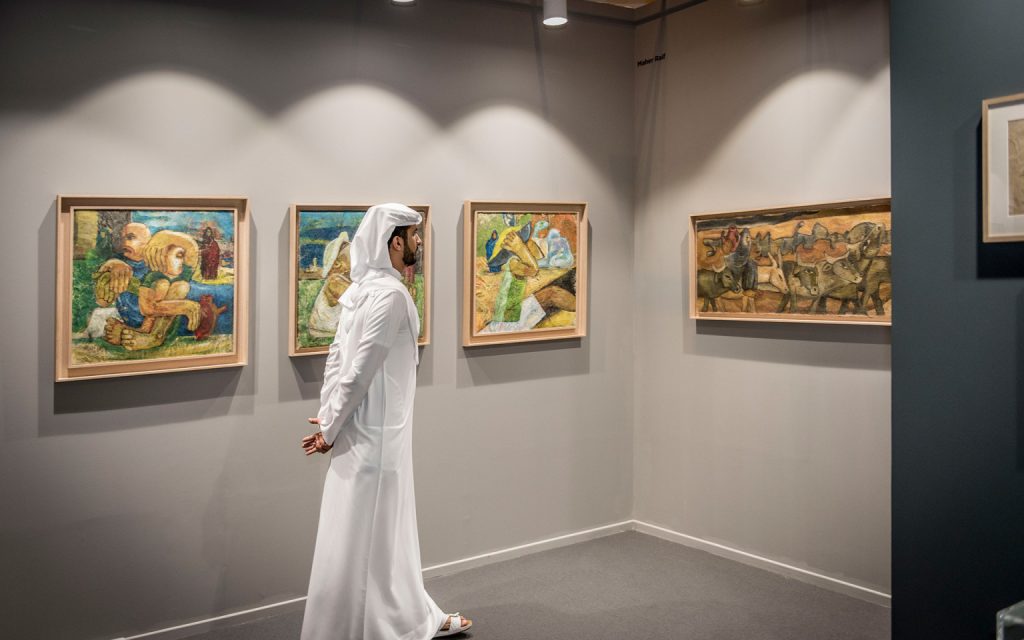 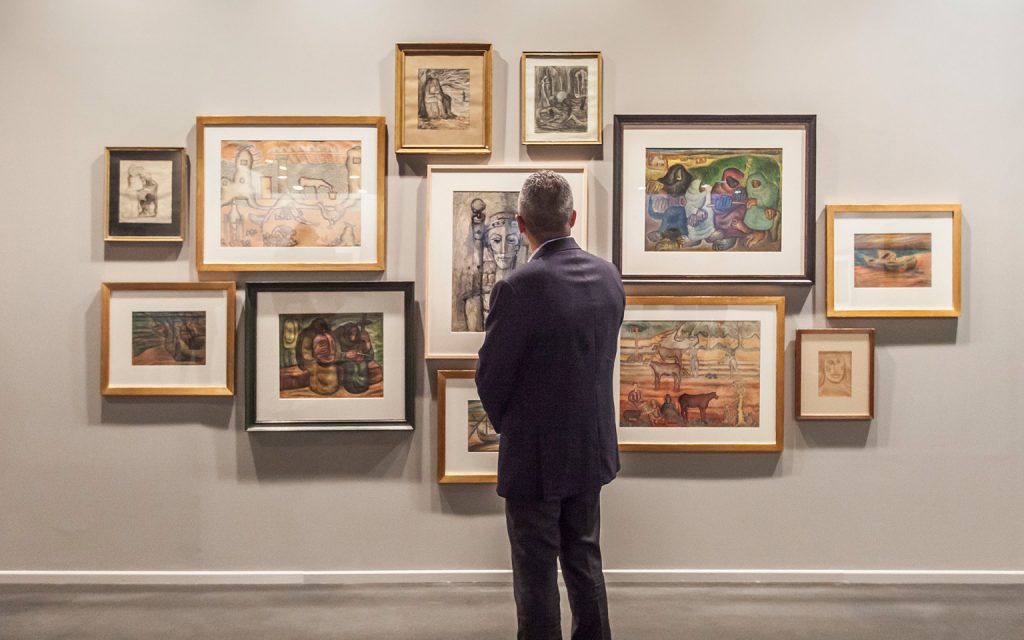 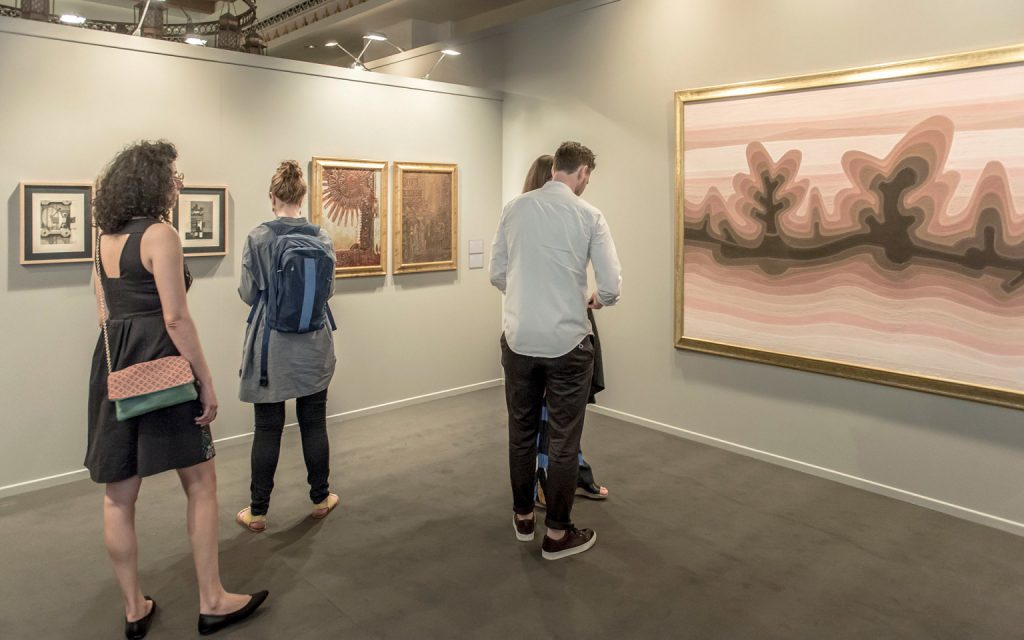 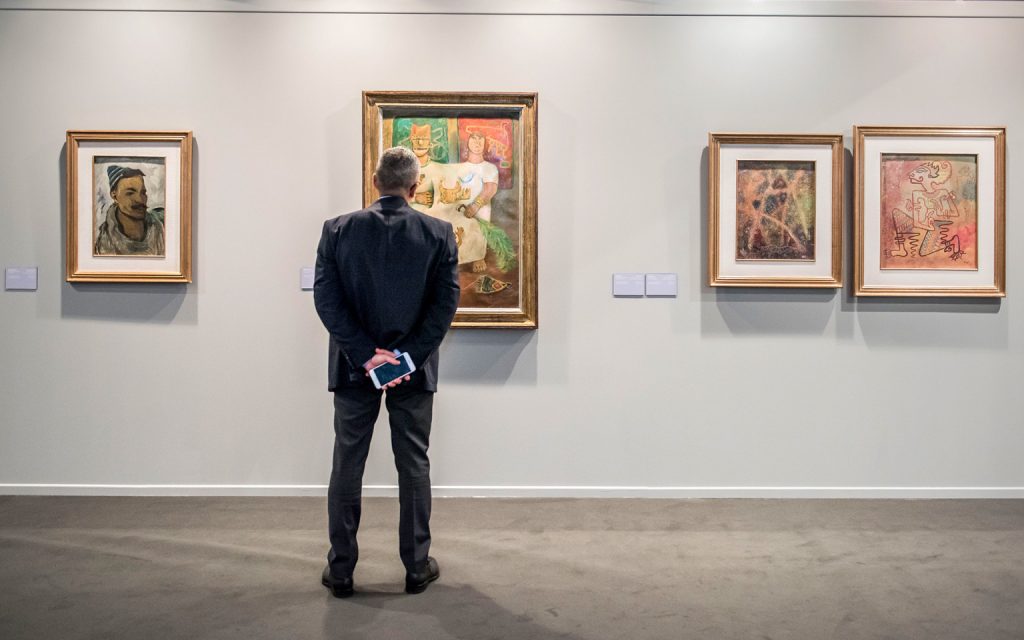 In bringing together 75 paintings and works on paper by 29 artists, this exhibition provides a fresh perspective on the contradictions, antagonisms, accomplishments, as well as the commonalities of five modernist schools throughout five decades of rigorous negotiation and creation across five cities in the Arab world.

The exhibition That Feverish Leap into the Fierceness of Life presents a diverse range of artworks by leading members of five modernist artist groups and schools spanning five decades from five Arab cities: the Contemporary Art Group in Cairo (1940s/1950s), the Baghdad Group for Modern Art (1950s), the Casablanca School of Art (1960s/70s), The Khartoum School (1960s/70s), and Dar Al-Funun Al-Sa’udiyyah (The House of Saudi Arts) in Riyadh (1980s). Curated by Sam Bardaouil and Till Fellrath, the exhibition derives its title from the 1951 founding manifesto of the Baghdad Group for Modern Art, reflecting these five groups’ passionate contributions to the intellectual and artistic discourse surrounding modernism within their respective socio-political contexts.

The exhibition consists of 75 paintings and works on paper by 29 artists assembled from 25 lenders across 15 cities. In recognizing the heterogeneity of these five artist formations, the exhibition asserts the diversity that underpins their art-historical significance, as well as their political agency. It sheds light on the contradictions, antagonisms, accomplishments, as well as the commonalities among various expressions of modernism throughout a long century of rigorous negotiation and creation. In doing so, the exhibition refutes the depiction of modernism in the Arab world as a monolithic phenomenon. Instead, it advocates an inclusive vision of art history where the particularities of the so-called “peripheral” are no longer seen as dichotomous with the perceived authority of the so-called “central,” and where, to cite the Manifesto of the Baghdad Group of Modern Art, modernism becomes “that feverish leap into the fierceness of life.” 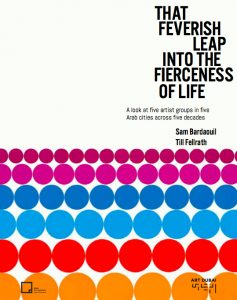 That Feverish Leap into the Fierceness of Life: A look at five artist groups in five Arab cities across five decades
Sam Bardaouil and Till Fellrath
Links
Press